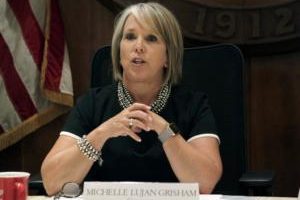 IPANM, Reuters & OilPrice.com (Nov. 1, 2019) – While IPANM would have serious concerns if a newly-elected President would seek a nationwide fracking ban, we are encouraged that New Mexico Governor Lujan Grisham recognizes the importance of fracking to sustain the state economy. The linked article below contains the following quotes from Gov. Lujan Grisham.

“Without the energy effort in this state, no one gets to make education the top priority,” said New Mexico Democratic Governor Michelle Lujan Grisham in Santa Fe on October 8. If Trump loses next year’s election, she said in a later interview, she would request the Democratic president provide her state a waiver exempting it from any drilling ban “to allow us to continue to produce in New Mexico.”

Meanwhile, OilPrice.com reports that due to threats of a federal fracking ban with a new president, oil companies are responding by accelerating fracking in SouthEast New Mexico.